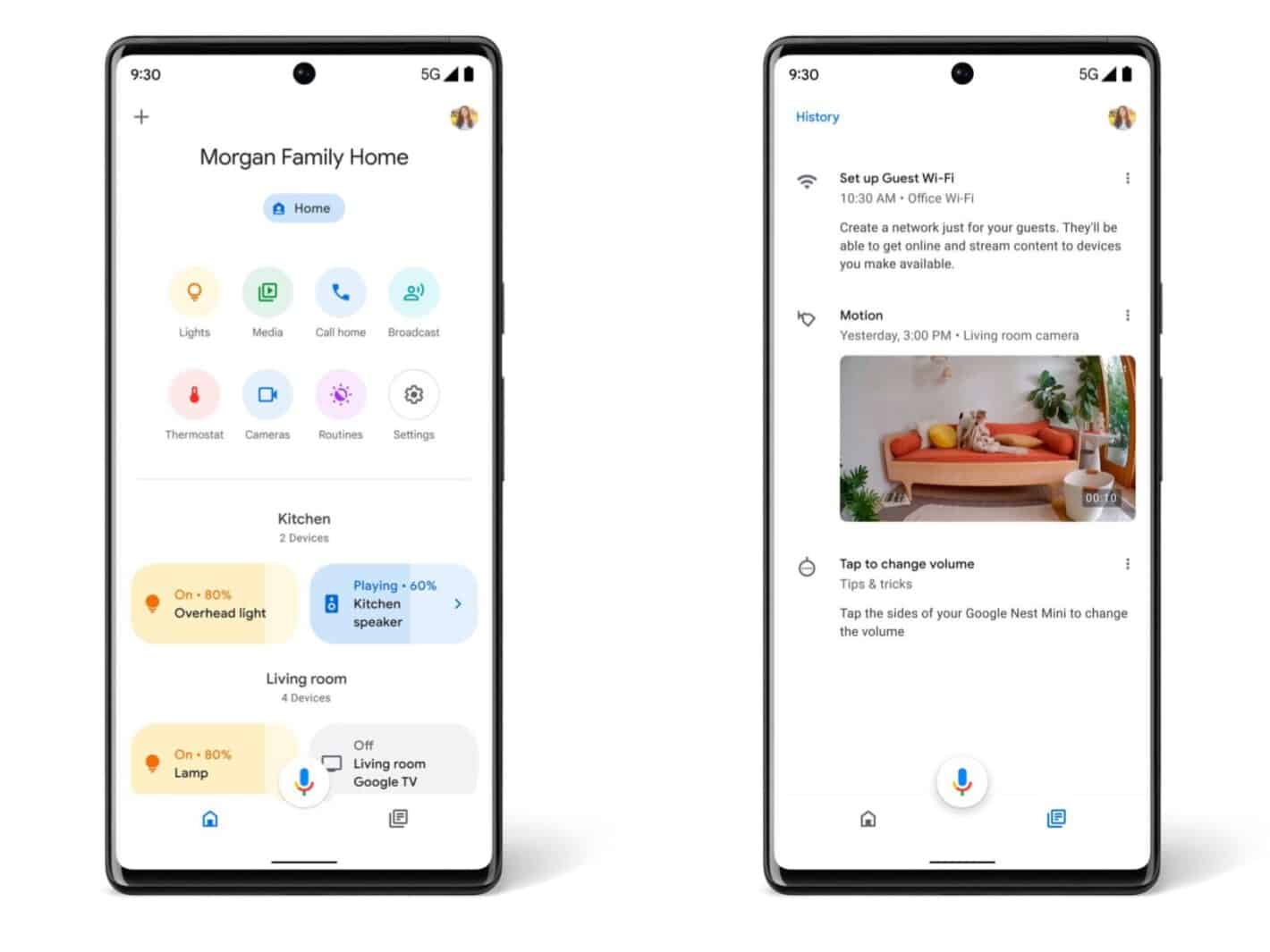 Google has announced a string of updates incoming for its smart home ecosystem app, Google Home. With changes to the app rolling out now and others coming in the future.

Now, some of the features discussed have already been reported. For example, those pertaining to changes for usability associated with the app’s home page. In particular, how it displays smart home products and their controls. But at least a couple of significant changes are on the way beyond those.

Among the new announcements regarding Google Home app updates, the most important are arguably those pertaining to privacy. Not least of all, following changes, the Google Home app’s Settings menu will now feature a privacy settings menu. That will, Google says, serve as a more centralized way for users to control the privacy-related settings in their Google Home ecosystem. Specifically with controls related to privacy, home activity, and Google Assistant data.

According to the company, the new Settings segment will smart home controls for presence sensing, browsing their personal data, and managing home activity and data used by the Assistant AI. It will also contain easy access for users looking to learn more about their privacy. At the very least, as that pertains to shared devices and both Google and Nest privacy and security principles and commitments.

Of course, more changes have been detailed as coming in the future too. Starting later this month, Google will be adjusting the ‘home feed’ found in the app. For clarity, the home feed shows users a history of activity recorded by connected products. That’s separately from the footage feed found in the app. And shows events such as when motion is detected by cameras, when products are added or removed, audio captures, and more.

As shown in the image above, the new home feed will simplify matters with a cleaner UI. Complete with grouping for events to help users understand the timeframe for events better. As well as sorting to help users see events with more context. And, of course, to reduce clutter. Making things easier to read overall.

Review: Saturnalia – Anyone Got Google Maps?